On September 19, a duly constituted special meeting of the board of the Philippine Canadian Centre of Manitoba (PCCM), passed a motion according to its bylaws asking all its officers to resign and to elect a new executive. The officers present at the meeting resigned and a new set of officers, including a new president, was elected – an obvious expression of the board’s confidence in Claro Venzon. However, the incumbent president, Edgar de Leon, who knew about the meeting, did not attend and subsequently refused to resign. Therefore, the presidency was not vacant when it was filled and the PCCM had two presidents until another board meeting was held on November 10, 2008.

Appointing a non-board member to chair the meeting

It was the night before Remembrance Day. Twelve of the 13 Board members of the Philippine Canadian Centre of Manitoba (PCCM) gathered in its Boardroom for their usual monthly meeting. It was anything but usual. For the first time in its history, it had two presidents – Claro Venzon and Edgar de Leon – and it had invited its two advisors, Rev. Neil Parado and Dr. Roland Guzman. As honorary patron, I was also invited to the meeting.

Half an hour after the appointed start time of 7:00 pm, neither one of the Presidents had opened the meeting. Board member Lito Taruc broke the silence and suggested that I chair the meeting. Seeing the spontaneous and unanimous nod of approval and feeling the very tense situation in the room, I

agreed. I stipulated that I would not participate, except to give procedural information when necessary during deliberations on the agenda. I would not vote on any motion that might emerge and I would not cast a vote to break a tie. I took my role as simply facilitating the flow of the meeting and maintaining order and decorum. I emphasized these stipulations because I am not a board member and I would not like to do what only board members have the right to do.

Appeal for voluntary resignation and resolution of the controversy 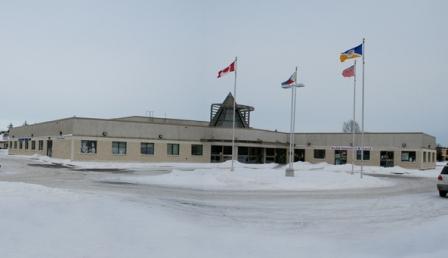 I had barely ended my stipulations when Lito Taruc made a second suggestion. He proposed that the two Presidents be asked to resign their executive position. The room was quiet for some discernible moments. One member seized the floor and went on to debate the proposal even before the chair could recognize him. I reminded all members to seek recognition by the chair before speaking to maintain decorum and thereby facilitate the orderly and timely completion of the board’s agenda.

Reminder done, I conveyed the suggestion to the two presidents for their response. Both voluntarily resigned. Board member Joe Sulit underscored the voluntary nature of the resignations. The board itself resolved its two-president controversy in a peaceful manner.

As I began to open the floor for discussion on the written agenda, a third and unprecedented suggestion came again from Lito Taruc who proposed that the board elect from outside the executive an interim president who would serve until the next annual general assembly. Joe Sulit nominated Lito Taruc, who declined, and subsequently nominated me.

Although there were spontaneous and unanimous nods of support, I reminded them that incumbent vice-president Dr. Denise Koh, who was not at the meeting, was well positioned to assume the post of acting president. I added that, apart from my enormous hesitancy, I would not qualify as a nominee since I am not a PCCM board member, which is a prerequisite for the position.

Moments of silence prevailed, but the members were discernibly asking for a solution. I informed the board that should it wish to nominate a non-board member, it has to set aside its own rule requiring an executive officer be elected from among its members. Joe Sulit moved, seconded by Lito Taruc and Evelyn Sy, to set aside the rule and to elect me as acting president until the annual general meeting (AGM). The two-part motion was carried unanimously.

I thanked the Board for its confidence. And I remarked, “There has been a crisis of confidence in the PCCM, which has become particularly acute during the last 2 months. In the midst of this crisis, board members showed their resiliency and capability to work together as equals on the committee for the FVR (former Philippine President Fidel V. Ramos) Fundraising Breakfast to raise funds for the PCCM. I, therefore, remain optimistic that a better future lies on the horizon for the PCCM.

Note: While the committee is still finalizing the financial statement for that fundraising event at the time of this writing, proceeds of at least $20,000 are projected.

A call for community action

The board spent the remainder of the evening focusing on the written agenda. It set the AGM for December 14, 2008 starting at 2:30 pm, to be followed by the election of members to the board. It re-appointed Dr. Roland Guzman and Felino de Jesus, respectively, Chair of the Nomination and Credentials Committee and the Election Committee.

The subject of the property tax arrears and the need to hire an external auditor then came up.

One cannot escape the impact of the PCCM’s life-threatening debt load. Indeed, it could lead to the foreclosure on the mortgage, the sale of its assets and the loss of PCCM. If – and I still hope it is not when – that situation ever happens, the entire Filipino community will display its collective failure and it will be written in the history books of our city, province and country. It is not a legacy we would like to leave on the shoulders of our young and future generations.

If that situation ever becomes a reality, those of us who are already involved or had been in the past will ask, “What else could I have done?” For those who have yet to be involved, they might ask, “What can I do?” The time to ask these questions is now. Each member of our Filipino community has a lot to offer. The PCCM needs your ideas, skills and your voice and vigilance more than dollars alone.

The forthcoming AGM is one clear opportunity. Find time to attend. The board will present some initiatives to help address the fundamental problems with the operation of the PCCM. It will use actual problems to help illustrate why you should be involved. (For example, $90,000.00 remains uncollected from commercial tenants through no fault of their own.) The board would also like to hear whether the PCCM remains relevant to your community life and how best to make it relevant for you and your family.