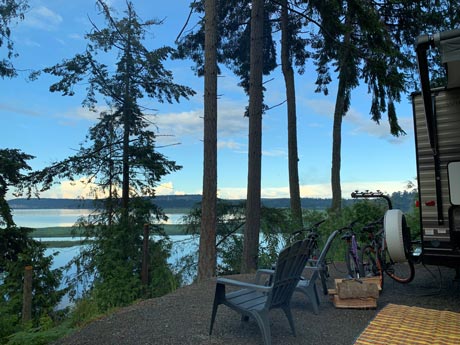 It was only a few short months ago that our world began to turn itself upside down. For most of us, it began in March. Schools and public places closed, people in parts of the world were ordered to stay home. There were curfews set and only a select few were allowed to venture outside in the hopes of securing the basics necessities. The world stood still.

As days passed, the World Health Organization continually updated us with growing numbers of novel coronavirus cases in every corner of the world. Parts of Asia and Europe were hard hit. As months rolled along, the United States, Brazil, Mexico and India became the hot zones.

Closer to home, most of Canada had seen moderate increases while provinces like Ontario and Quebec were the most affected by this relatively new and unknown virus. As I write this and between the time it is published, one can only guess what new information may arise. Thankfully, the numbers in Manitoba are quite low, along with B.C., where I call home.

I am flabbergasted by all the videos of confrontations between people who wear masks and people who don’t. I am a mask wearer. I am not risking the life of my loved ones or friends, it’s that simple. Before the global pandemic, I would regularly shake peoples’ hands. I am a close talker, definitely within the two-metre circle. Now, I find it comically awkward how I have become someone who frightens easily when people get too close. I was at a car dealership and someone put out their hand to shake mine. I felt as if I needed to run away as fast as I could!

In the beginning, I felt the urge to watch or read the news as much as possible. I needed to know how our province was doing from day to day. Lately, I have grown weary and slowed down on my news consumption. This is not to say I’ve let my guard down. I don’t attend beach parties or social gatherings, like we’ve seen in the news, where there is not one mask to be seen and two-metre physical distancing be damned! We need to get through this. Let’s not forget what the top docs are telling us.

Looking towards the future, I am beginning to realize that our lives will be changed forever. There will copious amounts of hand sanitizer available in each store and we will most likely have to wait in lines before we go into many stores or businesses. As for one of my favourite past times, that will never be the same. Travelling, whether by car, boat or plane, will be affected.

Cruise line companies have been put on pause. There was nothing harder to watch than when cruise lines sailed aimlessly looking for a city to safely port.

Vehicle travel seems to be the safest bet right now. But you can’t go far. This year, we’ve taken in the sites around Vancouver Island and practiced extreme physical and social distancing by camping in and around this beautiful place. We’re not alone – apparently tents, travel trailers and RVs have been selling like hot cakes.

Perhaps the hardest hit is air travel. I really don’t anticipate flying any time soon. Unless it is an emergency, or when I go visit my soon-to-be first grand child, that will be it. No way are we hopping on a flight to some favourite destinations such as Mexico or cities in Hawaii, Nevada, Arizona or California – or anywhere in the US for that matter.

But that’s me. Not everyone may feel the same. Recently, I conducted a very brief and non-scientific survey amongst some peers. My goal was to determine whether regular travellers’ habits before COVID-19 will decrease in the coming months. Seems to be a no-brainer – travel would decrease, right? Surprisingly, for majority of those that participated in the survey, it appeared there would be no change. Here are some of the results:

Of the 29 per cent planning to travel less:

What does this all mean? While the majority won’t experience a change in travel habits, those people who traveled more than 100 kilometres away from home and who travel significantly more (six or more times per year) will see a decrease in their travel habits in the next six months.

Are you planning to travel less? I know I am.

Dale manages the communications department for a school district in B.C.