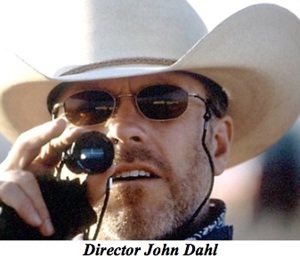 The summer of 2005 saw the release of the movie The Great Raid, which told the true story of a daring rescue mission to save over 500 American prisoners of war from a Japanese camp in Cabanatuan, Nueva Ecija near the end of World War II. You may have missed this movie due to its unusually short stay in the theatres, which is more often than not the telltale sign of a mediocre movie – but not in this case.

Many critics and moviegoers, including me, expected this movie to be an ultra-patriotic piece of American propaganda and condemned it as such before it was released. Fortunately for me, I gave it a chance and I was rewarded with an entertaining and realistic depiction of some events that really happened in the Philippines during the Second World War.

The true story of the great raid at Cabanatuan is hardly known both here and in the Philippines, but with the release of The Great Raid on DVD last February, this important part of Filipino history has another chance to be seen.

Naturally, the story is told from the Americans’ point of view but it is told honestly and, surprising for a Hollywood movie, it does not ignore the non-American heroes, which in this case are the Filipinos. It gives the credit where it is due and for that we can thank the director, John Dahl.

Last month, Mr. Dahl was in Winnipeg filming his latest feature entitled You Kill Me, starring Sir Ben Kingsley, Téa Leoni, Bill Pullman and Luke Wilson. I had a chance to talk to him about The Great Raid.

Paul Morrow (PM): Your father was an infantry rifleman in the U.S. Army and was part of the 9th wave to land on Luzon in 1944 and he later spent some time in Cabanatuan shortly after the raid. Did you know much about the war in the Philippines before you took on this project?

My mother would always tell me that her cousin “Packy,” as they called him, died at Clark Field and that he was awarded a medal. I didn’t even know what continent Clark Field was on.

There was a man who went to our church, Ben Steele, who was a professor of art at a local college. My dad would tell me, ‘He survived the Bataan Death March.’ I had no idea what the Death March was, other than it must have been bad. Obviously I missed quite a bit of U.S. history in my liberal arts education.

When I was given the chance to make a film that put so much of my own family’s history together for me, as well as being part of a group of filmmakers that got the opportunity to tell a true story about an amazing event, I was thrilled. It allowed me to talk to my father about his war experience. It gave me the opportunity to interview Ben Steele as well as many other surviving POWs. I met Bob Prince [the leader of the raid], Rudy, a Filipino guerrilla, as well as Bob Lapham [U.S. Armed Forces guerrilla leader in Luzon] and many others.

When trying to come up with the right tone for the letter that Gibson [a POW] writes at the end of the film, I even wrote to my Aunt Muriel who sent me Xerox copies of her cousin Packy’s letter that he wrote home, he was only 18 when he died.

My father, who had not been in contact with any of the men from his platoon, contacted a buddy from the war who lives in South Carolina. They got together and talked about their experiences. They hadn’t seen each other or talked to each other in over 60 years. All in all, [the making of The Great Raid] has been a great experience, mostly meeting the people who were actually there.

PM: When you first got involved with The Great Raid, the script was much more “Hollywood” than historical. Was it difficult to persuade the studio to let you make it more historically accurate?

JD: Miramax approached me with a script. It was more of an action film than a World War II drama. It was basically 12 guys shooting their way across the Philippines and rescuing 500 prisoners. In this original draft, Capt. Prince died, and Pajota was an American deserter. For what it was, it was a good script, but the last page in the script said, ‘based on a true story.’ I asked Miramax for the book and read, The Great Raid by Bill Breuer and realized how much license had been taken.

I wrote out a seven-page outline of the book – of what really happened – and convinced them that if they were going to make a film out of this event, it was too important to take license with. I agreed to do the movie if it was based on what really happened.

It wasn’t easy [to persuade Miramax], but once I made the case that this is an important true story and that there are many survivors still alive; to do the “Hollywood” version of the movie would not be fitting of the Miramax name. Ultimately they agreed.

The only part of the story they wanted to maintain was the love story between Margaret and Gibson. Once I read Margaret Utinsky’s true story, [her autobiography entitled, Miss U ] I was hooked. I knew that the story of the Filipino resistance and the underground had to be part of the story. Margaret Utinsky got the help of some of the wealthiest and most influential citizens in Manila. They did this out of compassion for the POWs, and they also did it as a form of resistance to the Japanese. For their efforts, the Japanese executed them all, along with five Irish priests. The Filipino resistance during the war was essential.

PM: You said that Cesar Montano’s character, Captain Juan Pajota, wasn’t in the original script. Is it true that Miramax wanted Johnny Depp to play the part of the American deserter?

JD: It’s always good to have a movie star in your film, and Johnny Depp is a great talent. He was interested in the role of an American deserter, however when we went to a more realistic approach, this role was one of the casualties. There was no American deserter who took part in the actual raid. There was however, Captain Pajota, who Captain Bob Prince credits for much of the success of the raid. I felt it was important to be accurate and cast a Filipino in this role, fortunately Miramax agreed. We were also very fortunate to find Cesar Montano.

PM: On the commentary track of The Great Raid DVD you said that you cast Cesar Montano based on his performance in one of his movie’s that you had seen. Which movie was it?

JD: Muro-Ami. It was subtitled in English. Cesar was the captain of a fishing boat that employed young boys to do very dangerous work. It was a really good movie and Cesar was very good in it.

PM: Was it a coincidence that Pajota’s fellow officer, Captain Eduardo Joson was played by the grandson of the real Eduardo Joson?

JD: We strived for accuracy in almost every detail. We wanted Filipinos to play Filipinos, Japanese to play Japanese, etc. We hired a casting director in Manila to find more Filipino talent and ultimately this is how we became aware of Richard [Joson]. He is an excellent actor, but given the chance to play his grandfather was just something we could not resist.

PM: Some of the scenes with Margaret Utinsky and the Filipino underground resistance movement were in the theatrical release but they weren’t included in your Director’s Cut on DVD. (They can still be viewed in the DVD’s supplementary material). Why was that?

JD: I always liked those scenes, but felt like they slowed down the story. The studio liked those scenes because they felt the audience would relate to Margaret. There is nothing really wrong with the theatrical version, I just prefer the Director’s Cut. It feels a little less contrived to me. The shootout in Manila and the Rizal Bridge were kind of “Hollywood Action Movie Scenes,” which I didn’t feel the movie needed. I never really saw it as an action film, more a straight-out drama with some action at the end of the film.

PM: What kind of reactions to the film have you received from Filipinos? Did you attend the premier in the Philippines?

JD: I was not able to attend the premier in the Philippines, however the producer, Marty Katz, did and said it was very well received.

I did have the opportunity to screen it for two Filipino veterans of the Bataan Death March in Chicago. When the lights came up at the end there was this 80-year-old man in tears, it was very touching. He was very moved by the film [because] he felt this story had never really been told. Many people do not realize that most of the casualties on the Death March were Filipino. Of the nearly 75,000 men on the march, 60,000 of them were Filipino. I think it’s an important story, the movie aside, and I want to do what I can to increase people’s awareness of the war in the Pacific, and the relationship between a country like the Philippines and the U.S.