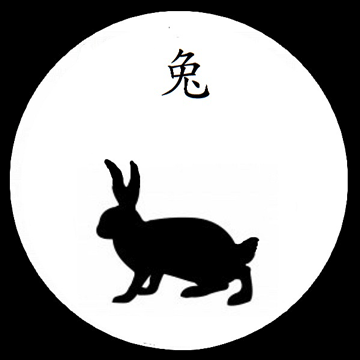 In Chinese culture, the Rabbit is a symbol of longevity, peace and prosperity. This year is predicted to be a year of hope. People born in the Year of the Rabbit are believed to be vigilant, witty, quick-minded, and ingenious.

The Year of the Rabbit occurs every 12 years. That means the most recent Years of the Rabbit are 1999 and 2011. The new year brings new fortunes, and in 2023, people can expect prosperity, hope, and calm.

Chinese New Year, also known as Lunar New Year or Spring Festival, is the most important festival in China and a major event in some other East Asian countries. It celebrates the beginning of a new year on the traditional Chinese calendar. It was traditionally a time to honour deities and ancestors, and it has also become a time to feast and visit family members.

This year, Rabbits directly offend the guardian deity of Tai Sui, so they should be prepared for a few bumps ahead.

They can try boosting their luck with favourable events such as getting married, starting a family, buying property or setting up a new business.

Luckily for Rabbits, there will be supporters to help them with any challenges they may have.

There are two lucky stars for wealth for Rabbits this year, so they should take on a bit more risk when it comes to investing.

Work should be harmonious for white-collar workers, but remember, this is a year that offends the guardian deity so Rabbits should donate blood or go to the dentist during the second and eighth month of the lunar calendar to avoid any accidents that will end in bloodshed.