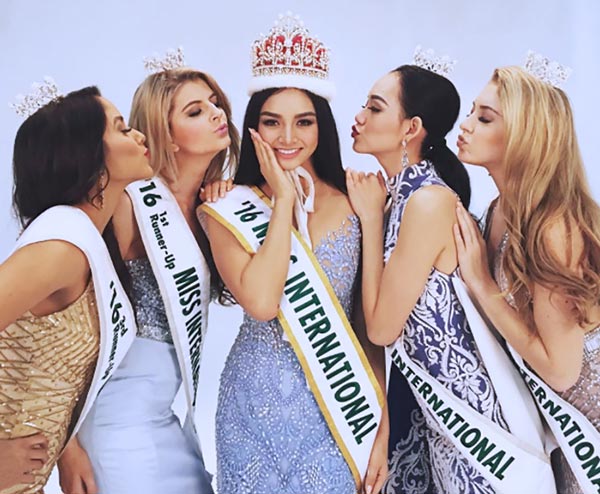 The 24 year-old model from Baguio City competed against 68 other candidates. She is the sixth Filipina to bring home the Miss International crown. Gemma Cruz was the country’s first Miss International winner when she took the crown in 1964, followed by Aurora Pijuan in 1970. Model-actress Melanie Marquez won the title in 1979. After a long wait, Precious Lara Quigaman won in 2005, while Bea Rose Santiago won in 2013.

Kylie’s achievement made the Philippines the top country in Asia with six Miss International crowns, second only to Venezuela with seven crowns. “I cannot believe this moment right now, and I am ecstatic and happy,” she said. “Thank you so much to my family, to the Philippines, to everyone who supported me. I did not go through this journey alone… I deeply appreciate this… Thank you so much, Japan. Thank you, Miss International.”