This month, the world will once again commemorate the innumerable contributions of women in different aspects of our lives. International Women’s Day, celebrated every March 8th, recognizes the social, economic, cultural and political contributions of women. It is also a day to show support for women-focused initiatives.

In Winnipeg, Pinays Manitoba continues the strong campaign for women despite the challenges brought on by the coronavirus pandemic. By keeping connected through virtual meetings for its get-togethers and project initiations, members remain resilient and committed to the objectives set forth by the organization.

One major project of Pinays Manitoba is its annual recognition event wherein trendsetting women, trailblazers who have made an invaluable contribution to their respective fields of endeavour are honoured and celebrated.

The late Carolina Custodio who was instrumental in bringing groups of garment workers from the Philippines to Manitoba in 1960 and also took the lead in assisting them to make a smooth transition to life in Canada; and Fe Ryder, now a retired nurse, who was one of the first five nurses to settle in Winnipeg in 1959.

The late Rosalinda Cantiveros – a respected community leader who initially made her mark in the field of journalism; the late Erlinda Magnaye Ramos – an entrepreneur who established Manitoba’s first Filipino-owned bakery in 1971; and the Garment Workers Batch 1968 – a group of young and courageous Filipino women who left the Philippines in the mid-1960s to seek a better future overseas.

Four Pinay Trailblazers were recognized for their achievements and contribution to the community: Dr. Janilyn Arsenio – for her outstanding achievements in science, particularly in the field of immunology research; Sally Bader – for her exceptional volunteerism; She has tirelessly and quietly given her priceless gift of time to those in need over the past 38 years; Dr. Irene Mestito-Dao – for her outstanding achievement in the field of optometry. She is the first Filipino optometrist in Manitoba; first female and first Filipino to be given the award of “Optometrist of the Year” from the Manitoba Association of Optometry in 2013; Marjorie Soldevilla – for her outstanding contributions in social services and social justice for over 28 years. Her work at the International Centre of Winnipeg has allowed her to help newcomers and refugees settle in our community.

Due to the COVID-19 pandemic’s current health restrictions, the Pinays Manitoba’s annual recognition for women trailblazers is postponed to a later date.

Pinays Manitoba President Araceli Ancheta said, “As we are now in an unprecedented time and still cannot gather like we used to, our traditional Pinays Manitoba Recognition event is suspended until 2022. This doesn’t mean that we will not celebrate. We will celebrate!”

This year, Pinays Manitoba will be honouring all frontline workers, essential service providers and volunteers who continuously provide support to those in need. A special recognition will be given to a special Filipino lady, Imelda Adao, who exemplifies grace, faith and endurance amidst the difficulty of suddenly losing her son while running a business. Adao will be given recognition at Pinays Manitoba’s virtual celebration of International Women’s Day via ZOOM, on March 7, 2021.

Pinays Manitoba Inc. 2021 Board of Directors 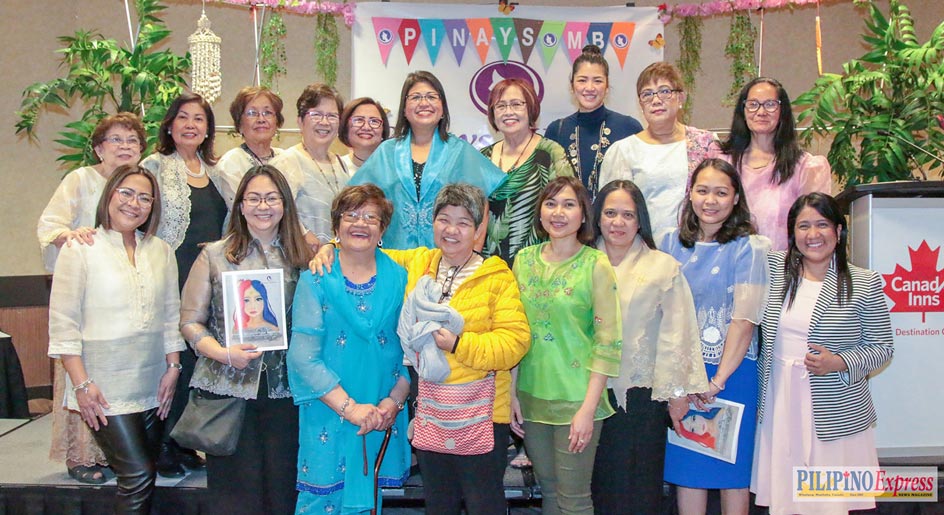 On March 7, 2020, a few days before the pandemic was declared, the members of Pinays Manitoba and guests honoured four Pinay Trailblazers for 2020 at a very well attended event held at the Canada Inns Polo Park.